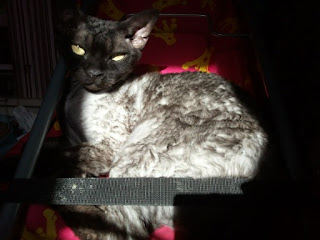 The chilies are flowering! So far only flowers on the Filius Blues are open, but the Jalapenos have flower buds.

Can I have some kisses please? Or at least a little steak?

It’s lovely and sunny today. The kitties and I enjoy it a lot. We even showed it to our baby onions.

The kitties love the smell, for some reason!

So can you see what this is? We think it looks like a snail’s head. But it’s really a stalk of lemongrass Mom got at the store and stuck in some water to root. Apparently it’s much quicker than growing from seeds. And it was – just over a week after it was stuck in some water these little roots were visible. But since we already had seeds we’ve stuck this one in a large pot and sown seeds around it. Time will show if the seedlings will seem to catch up or not.

Also – we think it’s a surprisingly good photo, it’s taken with the phone (as usually, lately). 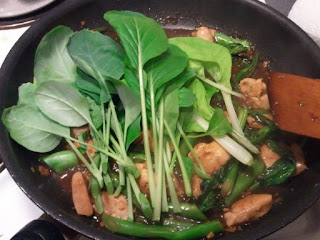 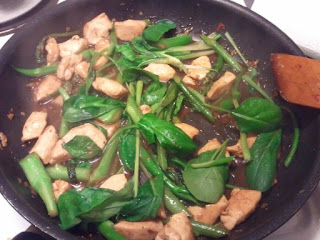 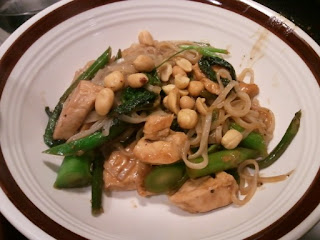 Not sure if the pictures will show up in the right order, as I'm e-mailing this. Today we actually ate some of our oriental greens for dinner. It was very tasty, according to the humans. I only lasted the chicken.

If you didn’t know this long weekend is Crufts! Mom says she’ll go and see it all for herself one day – but for now we watch it online. Not that Mom is awake most of the time, but every now and then we pop by here:

It’s free to watch live, but cost you money if you want to watch taped events you’ve missed. Soon there’ll be agilities on. Mom’s making a late breakfast, and then we’ll watch it.

Hellooo? Anyone out there? 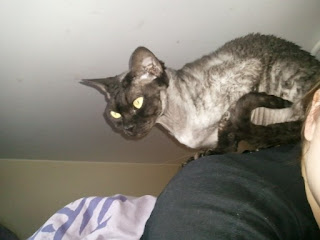 Hello. I'm Virus, the SuperNurse. I'll sit here until Mom is all better. I also do my very best to prevent her from sleeping.
Purrs, Virus